In honor of my approaching birthday, I would like to share with you some of the many hobbies/activities/ extra curriculars/ possible career paths I’ve considered or tried out in my 23 years of life thus far. 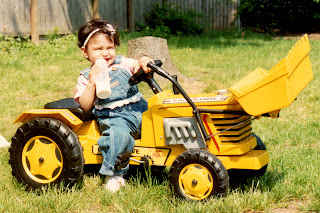 It took me a while to embrace my artistic strength and know that that is enough. What do I mean by that? I knew I was good at art stuff, but I figured that because it just sort of came to me, I should find something else …
Not listed in chronological order…
Soccer
A bunch of my friends were playing soccer and so of course I wanted to play too… well, no, I didn’t want to play soccer, I wanted to socialize with my friends. I was always a social butterfly.
Gymnastics
Ugh, what the eff was I thinking?! I just liked the little leotards and the chalking on the hands thing made me feel like an Olympic athlete.
Tap Dance
I liked the way the shoes sounded on the wood floor… I’m pretty sure that was all I liked about it. Did it for a while though… oh and the fun costumes!!!
Photography
I liked this but really I never understood it… 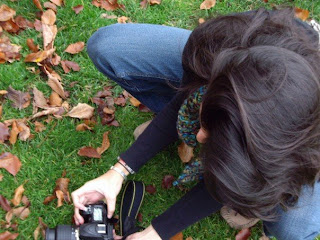 Ballet
I wasn’t graceful enough. I liked the tutu though!
Piano
The idea of playing piano is very alluring to me, actually playing it however, was not.
Bass Clarinet
Oh man, this was the worst! In fifth grade we had to pick an instrument to play – I originally wanted to play cello (so many regrets…) but because a bunch of my friends were in band and not orchestra, I asked if I could switch to clarinet, but because so many people were already playing clarinet she put me on bass clarinet and I thought clarinets were kind of like saxophones and they were all basically the same just sounded different…. i was wrong. Have you ever seen a bass clarinet?! Ugh the stupid thing weighed as much as I did…. I just sat there with my mouth on it and never actually played…
Fashion Design
I took a fashion design class at school when I was in fifth grade, I love it but then I grew up and realized that fashion is a crazy industry and also I didn’t really like drawing….
Kickboxing
Some of my friends and I took a kickboxing class together once, it was fun. I liked the little key card you got to scan when you got to the gym! (Anyone noticing a trend here, I just like the little details not the actual activities…)
Guitar
There could’ve been potential here but my guitar teacher insisted that he had to learn all the songs first and then teach them to me so my lessons were basically just him playing guitar and me watching. This only lasted about 4 weeks though so maybe I could’ve stuck it out a little longer…
Chorus
Hated.
Softball
Softball was an entirely and admittedly social experience for me. I liked the ice pops at the end of the game. I never actually cared if we won and when people told me what I was doing wrong I never understood all their sports lingo so I just sort of nodded and agreed… who the hell knows… look I’m not an athlete. I really did love hanging with Solomon’s softball team in high school though (I was the “manager” which is a fancy term for score keeper/random girl who hangs around. And I just want to clarify – I never tried out for the team, I wasn’t one of those kids who “couldn’t play” so settled for manager, no, manager was my aim, and well, needless to say, I achieved…)  I made them brownies and brought them Wet Ones to clean their hands with before eating. I also like sunflower seeds.
Fear not though, I have some pictures of me playing… literally, not the sport, just playing… 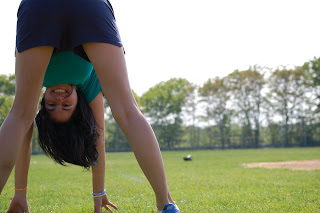 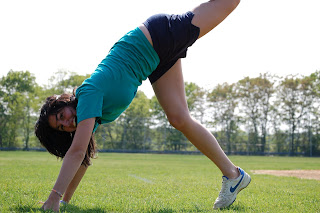 Track
Full disclosure: I just wanted the sweatshirt. But I  did the running, okay? I did, I really did… and then my knee got all screwed up and still acts up once in a while.
Writing
I really loved writing, still do.
Scrapbooking
OMG I scrapbooked everything!! I was so skilled in scrapbooking… man, those were good times. I did it too much for too long, I burned out.  (Cautionary tale.)
DECA
I have no idea was DECA stands for but it was basically a business club (?) and, nerd alert: I participated in the “business olympics” 3 years in a row.
Retail
Never again.
Art!
THIS IS IT!! This is my thing.  Of course It took my a while to figure out what kind of art I liked….
And that’s it friends, I experimented with lots of stuff I didn’t really like before I realized that I could have one thing I really liked and that was okay!