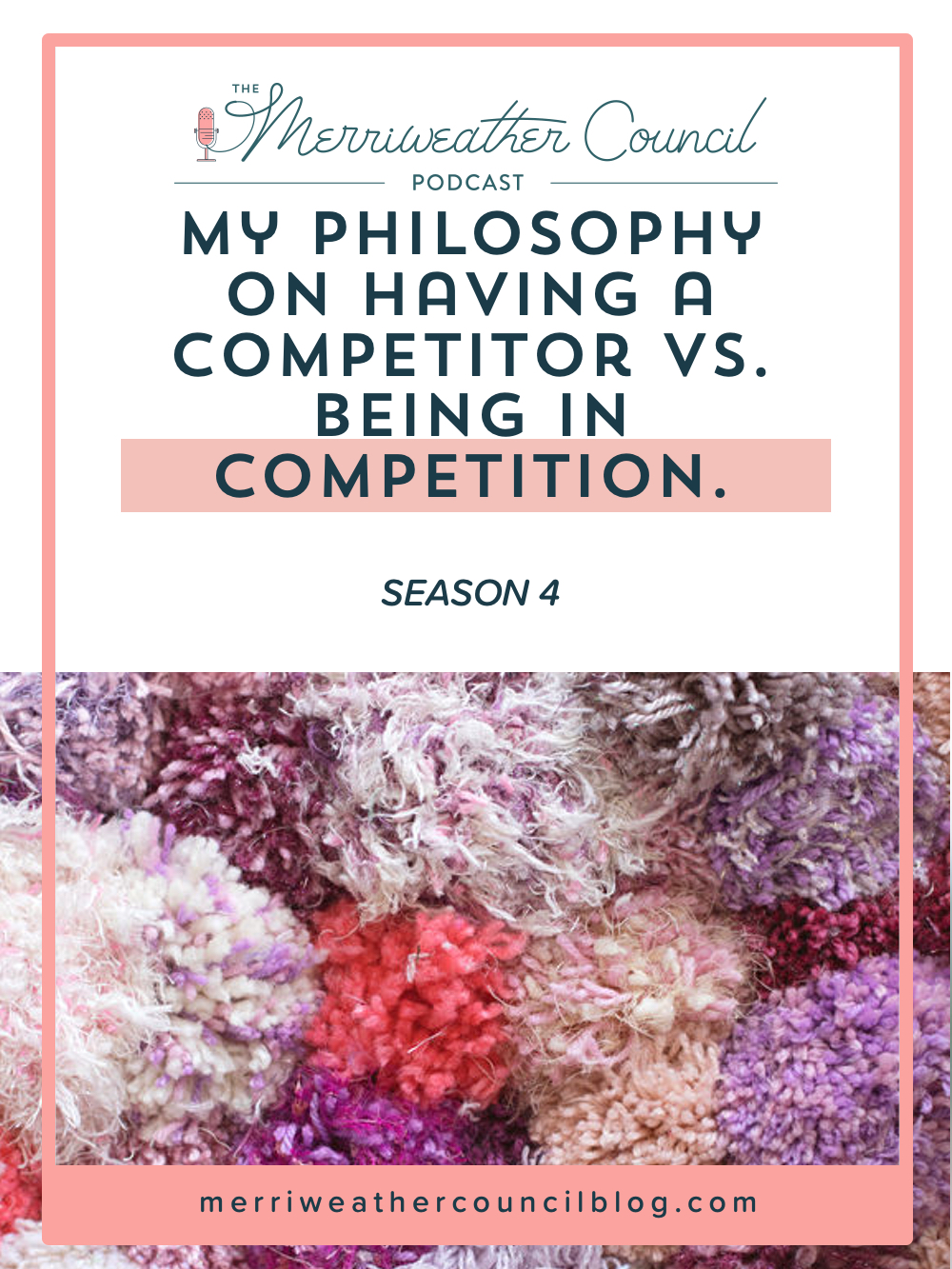 It’s been requested several times for the topic of dealing with copycats to be covered on MerriPodcast. I completely know and understand from my own experiences how troubling it is and how awful it feels when someone copies you. Whether they’ve copied you directly, indirectly or you just feel slighted in some way by another maker… it is a crappy feeling.

I don’t feel like I know enough to speak broadly on the subject – and I’ve been thinking about other ways to approach the topic on the podcast. So stay tuned, it might happen! In the meantime though, I thought addressing the idea of “competition” could be useful.

Let me be clear: when another maker who is on the same or similar level as you copies you it is a different situation than when a major company rips you off – morally and legally and emotionally, these are two different things. They both suck, but they are different. In this episode, I am mainly speaking with the idea of maker to maker competition. Not maker to major corporation competition… though maybe you feel okay applying the same concepts there as well. That is up to you!