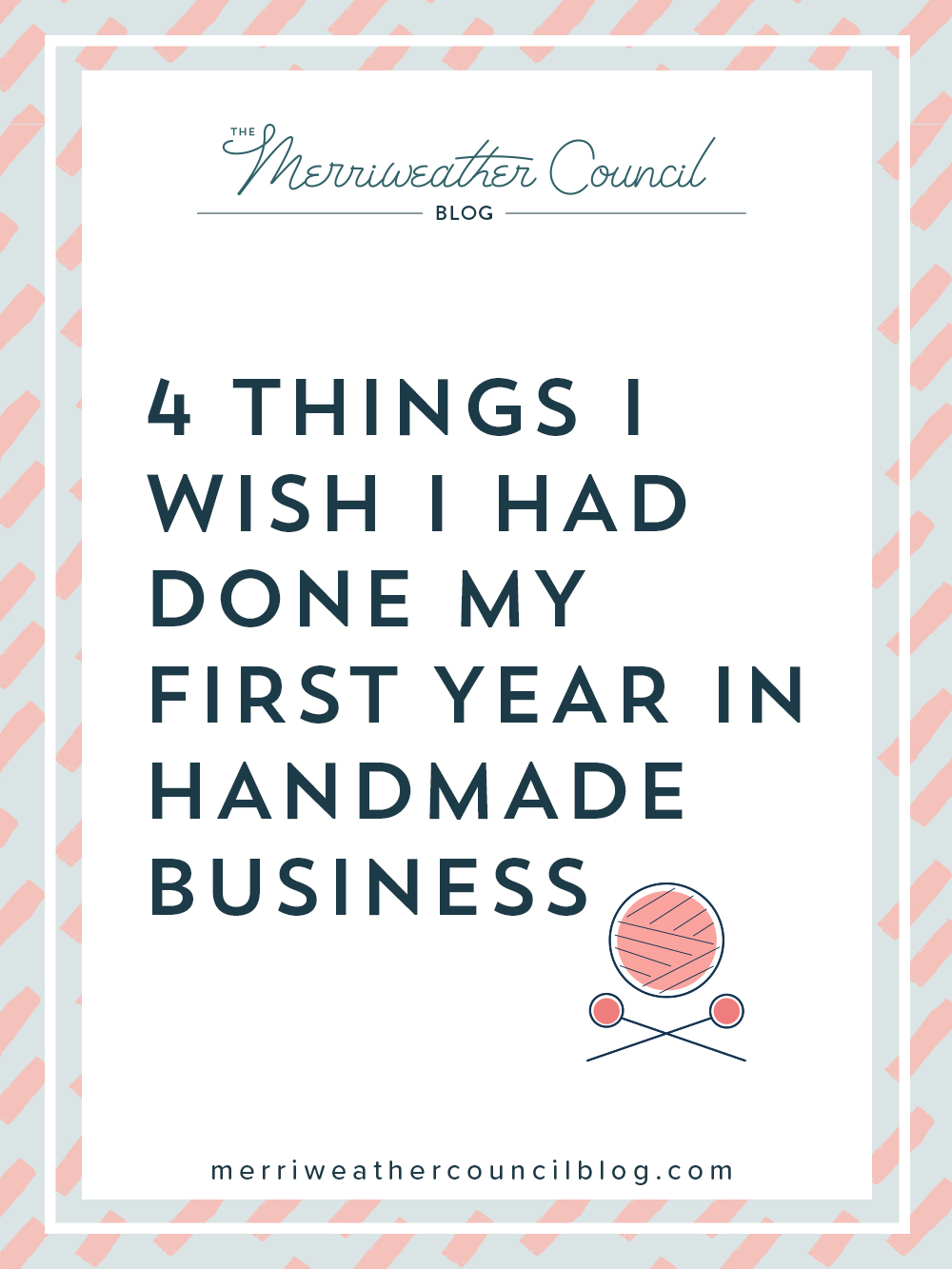 This is for the new-on-the-scene handmade business folks. While I say “first year”, let’s just go with “the sooner the better”…

As many of you know, Merriweather Council was not a planned venture and I totally jumped in head first without a clue as to what I was doing. I learned along the way and that was great, but there are a few things I wish I had learned sooner.

Allow me to save you a year or more of time and / or frustration. Hopefully you will feel inspired to take some small actions today or in the near future!  (Truly, that’s what all of these are: small steps to begin with – they become bigger projects if you put them off. I know, I know, I sound like your mom.)

It really couldn’t hurt to walk the walk like you are going to send an email newsletter even if you aren’t quite sure yet. Email marketing can be very effective if done properly. However, it must be done at all in order to have the chance of being done well.

This is such a huge topic, so for now I’m just sticking with inspiring you to not be shy about capturing emails for “your list.” First thing you need to do is set up a list on a service like MailChimp! Then you want to begin collecting emails. You can do this at shows (either digitally or with a pen + paper), through your blog, or through a link in your email signature. There are lots of ways to do this and I’m sure you are at least a little bit familiar.  However, you do NOT need an incentive in order to get subscribers.

Do note: If you are selling on Etsy, you can’t just take your customers’ emails and add them to your mailing list – it is against the Etsy TOU and you really just don’t want to get in trouble there. Additionally, it is illegal to add people to your list without their consent.

List building is a huge topic, but you get the idea. Just start collecting them somehow and send a monthly email at first until you build up more content to share. JUST START NOW. 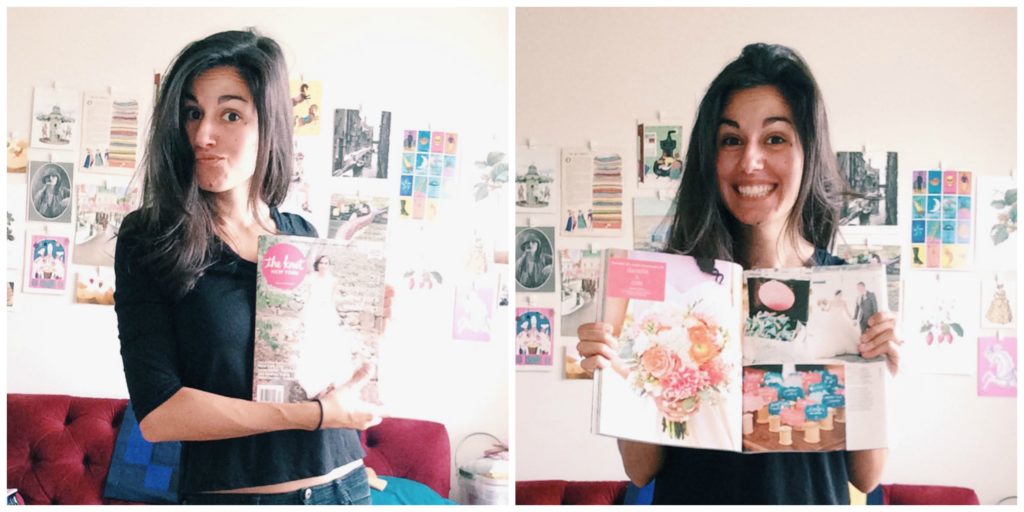 Merriweather Council featured in the Knot.

When I first started this whole shebang, Pinterest was only just becoming ‘a thing.’ And in the early days, I seem to remember it was not favorable to pin your own work and such. Now, it’s totally acceptable and expected. DO IT NOW. Create a board just for shout outs you get from other blogs or media outlets. Even if you are featured in print, there is almost always something digital that you can pin – an Instagram photo or a website mention. You can keep it secret if you prefer, but it’s a great way to keep track of features and – if the board is public – promote yourself. Here is an example.

3. Organize whatever files + photos you already have and set a system

Once you have a lot of “stuff” you will be inclined to organize it, I think that is pretty natural. However, before you even reach that point, you could put a system in place for organizing and avoid doing the same work over and over.

Organizing product photos is essential. In the thumbnails, it’s hard to tell one thing from the next, especially if they are similar photos of similar items (which they probably will / should be), so organizing these as you go is a wonderful idea and will save a lot of headache later on. Upload your photos from a session and then immediately separate them out however you see fit. Figure out what works for you and don’t be afraid to delete the extra photos – they just take up space and you won’t remember which are the blurry ones and open them every time you go looking for a picture. You know you will.

Another thing I amassed a lot of files on: about me blurbs and intros. Create a couple of these, save them maybe in ONE document, or title them so you can easily search and find them quickly.  Maybe you have one bio written in first person and one in third. Or maybe you have an intro you can customize for blog interviews or whatnot. You’ll need this kind of thing over and over. I wrote so many “about me” blurbs – mostly the same, but not – because I didn’t keep track of the ones I had previously written. Save yourself the time and effort and just save them for grab + go in the future.

Editing photos is something you will need to do over and over, everyday. You’ll need a photo editor and a place to make blog and shop banners, etc. You can use PicMonkey for free to a certain extent, yes indeed you can, but I like the idea of having a piece of software for a few reasons: you can use it sans-wifi (Hello long amtrak trip), you pay once, you can save and edit (biggest problem I see with PicMonkey is that you cannot go back in and edit something after saving it.) Just some stuff to think about.

Originally, I was still using Photoshop because I had CSwhatever in college but then I got a new computer and it was no longer compatible. Of course I panicked and tried to justify buying the newest CS but this was before subscriptions and it was a ton. Also, even now I think Pixelmator is a better option. Pixelmator is basically Photoshop with a few less bells and whistles. The average person probably wouldn’t notice these gaps. Get this app, don’t look back. A very fine investment indeed. Get it in the app store.

Don’t be intimidated, starting small is the best way to start! Get the ball rolling now, and it will be so much easier later on. You’ll thank yourself.

If any other long-time sellers would like to pop in and add to the list, I would love it.