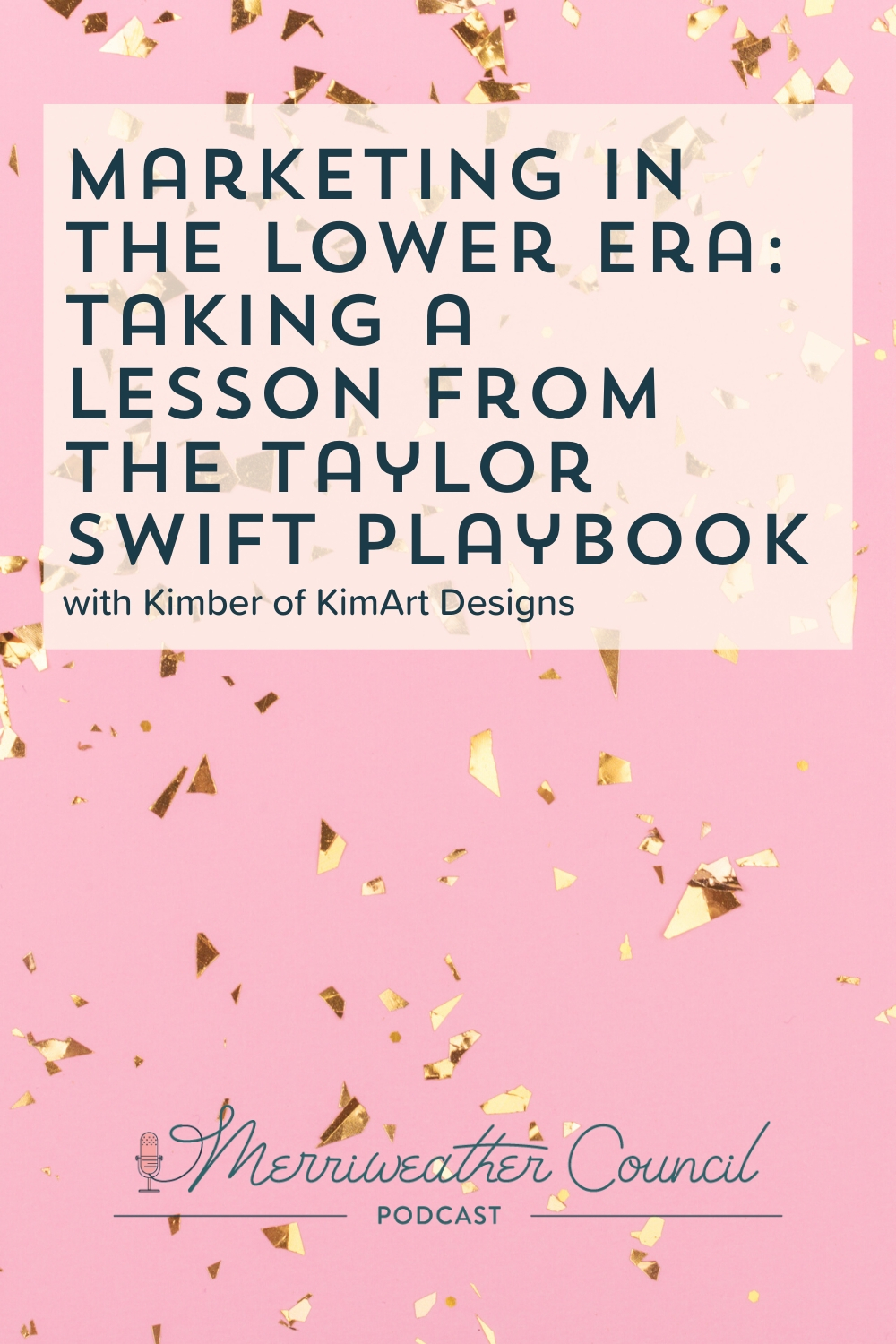 Do I ever pass up an opportunity to talk about pop culture on this show? Certainly no. I always have a really good reason though. This episode is all about marketing in the Lover era.

Once again, we are looking at the marketing queen herself, Taylor A. Swift and observing her incredible example for a “product launch.” This time, we are evaluating the activities Ms. Swift did during the lead up and launch of her most recent album, Lover.

My resident Taylor Swift Expert Kimber is back to chat with us about all of this. You’ve heard from Kimber on the show before regarding Taylor Swift when we spoke about the release of Reputation AND the Reputation Stadium Tour. Both excellent episodes worth revisiting.

For Lover, Taylor went full 360 from her Reputation days not only in style and aesthetic but in approach to launching and promoting this album.

It’s interesting to note that the LACK of marketing for Reputation worked just as well if not BETTER than the ABUNDANCE of marketing for Lover! Think about that! Not what you’d expect right?

For marketing in the Lover era, was saw Taylor a lot more – she was out on the road, in the public eye, doing TV appearances and such. There was the Today Show, there was Lover Lounge on YouTube, there were Instagram Lives… she was everywhere and very visible.

Partnerships, fan exclusives, the FOMO factor and content diversity were key elements of this Lover launch and great news, you can absolutely implement these things in your own business!

A lot of these flowed together really nicely, too!

My favorite example’s from this launch were product based… I really loved what she did with exclusive merchandise – it was available to everyone, but only for a limited time! Sometimes, not very long at all. This is that FOMO factor! The merch was actually also really well done, not cheesy in most cases as merchandising absolutely can be.

Speaking of merch, it also intersected with partnerships in a couple of ways. Taylor collaborated with Stella McCartney for create a line of exclusive items. These all featured imagery or lyrics from the album and of course, S.M. had her hand in it, too. On top of that, marketing in the Lover era saw them tour this merchandise collection during the YouTube exclusive broadcast of Lover Lounge which was a livestream event.

During that event, Taylor read diary entries that were featured in each of the FOUR exclusive albums she was releasing through Target. This of course drove the FOMO factor up even more – now it wasn’t just enough to have the one album, you had to have each variation that Target released because each one contained different exclusive content.

Exclusive content is great but Taylor knocked it out of the park by giving fans EXACTLY what they wanted. For example, among the excerpts featured in these exclusive albums were the original iteration of lyrics to one of her most beloved songs, All Too Well. A doozy! A direct activation of the fanbase’s emotional reaction. They gobbled it up.

Another favorite takeaway from this whole launch cycle: content diversity.. She didn’t JUST go live on instagram. She used her grid to build anticipation, she appeared in commercials (file also under: partnerships), she created her own music festival… like, she REALLY showed up, in multiple ways, in multiple places! Visibility is everything! And it worked!

It can work for you, too on a smaller scale. Follow Taylor’s example, it is an undisputed good one!